Wingfoil, the new freedom of surfing!
>> Our Sports >> Wingfoil

Wingfoil, the new freedom of surfing!

Wingfoil is a new fascination and type of surfing. It combines different types of surfing into a new water sport. A bit of surfing, a bit of windsurfing and a little bit of kitesurfing and the combination is perfect. Right from the start, my team and I were enthusiastic about the new sport that first became known worldwide in 2019.

The first wing surfers were already on Maui in the mid-80s, but only now, the topic of wing surfing made the breakthrough in water sports. Why? Due to the tube kites that have been further developed and, above all, thanks to the breakthrough of the foils, wing foiling became a hype. Me and my team, we are already addicted.

WHERE CAN YOU WINGFOIL WITH US? CHOOSE YOUR DREAM SPOT: 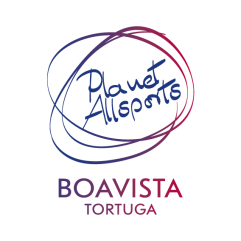 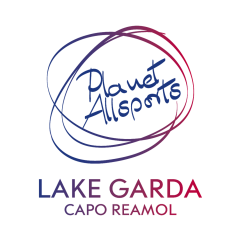 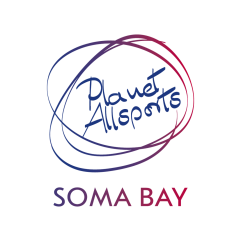 And how does wingfoiling work?

Wingfoil is simply explained. It is the combination of a wing that you hold in your hand and that generates propulsion and buoyancy with the help of the wind. And there is also a surfboard on which you ride. In this case a board with a hydrofoil or in short, called „foil". Basically,  the foil is nothing more than a wing that is fastened under your surfboard. At a certain speed it starts to go up in the water like an airplane. The surfboard then comes out of the water with you and from this point on you are foiling, more precisely you are wing-foiling.

Planet Allsports is the first surf and kite school on Lake Garda on Boavista and in Soma Bay that wing-foiling has offered and has developed its own training concept for it.

I am so incredibly fascinated by wing foiling because it looks very spectacular to me and at the same time very light and playful. And that's how it feels. After only a short while, together with my team of instructors, I started to develop a special training concept for wing foiling in 2019. We are able to respond to your individual knowledge and skill level.
Whether you are an absolute novice in water sports and have never had anything to do with wind or water or whether you are already an experienced windsurfer or kiter and have even gained experience with the hydrofoil.

After developing the special training concept for wingfoil, we came to the conclusion, that wingfoiling is definitely a water sport for EVERYONE, because it is easy to learn with the right options and is a lot of fun. There are also more advantages such as:

- the low material consumption: unlike windsurfing or kiting, you need a lot less wings. With one wing you can already cover a very large wind range

- the workout for the whole body is tremendous, nevertheless it is not a weight training and is easy to do even for light, weaker bodies

- in contrast to kitesurfing, you need little space and do not need the help of others to get started

- you can wingfoil almost anywhere, even on very small lakes and even in light and gusty winds it is a lot of fun

We train you in various intermediate steps and bring you closer to wing foiling step by step. So you can fully focus on one topic at the same time and learn quickly e.g. to deal with the wing or to control the foil. After a short time we bring all the building blocks together and you will fly over the water with the wing foil. Like all other courses, the Wingfoil course is individually tailored to your level and your learning progress. For example, if you can already foil with the windsurf board, we can even skip the "building block" foiling.

As we do in our kite courses and the advanced windsurfing courses, we use the latest technology and teach you with the Bb Talkin Bluetooth headset, so you can understand your teacher even better and communicate directly with him, in a very clear sound quality which is huge advantage for the student.

So what are you waiting for? If you start now, you can be one of the first in the world to learn wing foiling.

FROM BEGINNER TO WINGFOIL SURFER IN JUST 4 STEPS

We have developed a training concept especially for wing foiling that you will quickly and safely "fly" over the water.

Step 1 (wing handling):
After a short theory that includes the most necessary that you need to know about the wind and water, you will learn to use the wing in a short time. You will learn how to carry the wing, steer it, turn it and thus "catch" the wind

Step 2 (wing surfing):
a short time later we go into the water fully equipped with neoprene, life jacket, wing and a large surfboard. Now you can refine the handling of the wing on the water and surf for the first time in light wind and smooth water. You will be surprised how quickly you make progress and surf independently after a short time.

3rd step (foiling):
After step 1 and 2 we put the wing aside for a while and devote ourselves completely to the foil and the wonderful feeling of "flying" silently over the water. With the support of our motor boats, you can enjoy foiling for the first time without any wing or wind. At the beginning it feels a bit shaky but you will notice soon, that the board will stabilizing.

Step 4 (wing foiling):
Now we put all the steps together, you will now learn to handle and control the wing on the foil board and will soon be flying alone over the lake driven by the wind, without a motor and almost no noise, very light and almost weightless. Now you're a wingfoil surfer! Congratulations!!

The leading windsurf and kitesurf manufacturers are outdoing each other when developing new wings and foil boards. Initially, wave foil SUPs were used for wing foiling. The advantage is the relatively large volume and the large surface of the foil that leads to, that the board "flies" even at low speed. Depending on the level, you will quickly find out that the board can also be a little smaller. In the meantime, the boards are more and more developed for the special needs of wing foiling and the first pure wing foil boards already come onto the market.

Since the beginning I have been testing wings and boards with my team to find out what meets best your needs to learn wingfoiling at our schools on Lake Garda, on Boavista and in Soma Bay.

Choose between different models and brands and thest with us!

Currently you can test and of course rent the Duotone and Ozone wings. With the boards you can rent different models from Quatro and Fanatic.

I look forward to a joint wingfoil session with you at one of our locations.